October 09, 2014
Paxton Whitehead, Charles Shaughnessy, Frances Barber and More Will See What the Butler Saw at the Mark Taper Forum 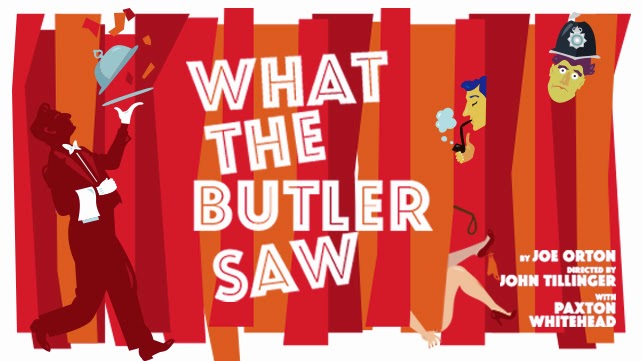 Casting has been announced for the upcoming production of Joe Orton's What the Butler Saw, the comedic farce of seduction and blackmail, at the Mark Taper Forum in Los Angeles.

Previews begin Nov. 12 prior to an official opening Nov. 23. Performances continue through Dec. 21.

John Tillinger, who previously directed the Orton plays Loot and Entertaining Mr. Sloane in repertory at the Taper in 1987, will direct.

"Set in the consulting room of a private psychiatric clinic, the action begins when the very proper Dr. Prentice (played by Shaughnessy) is interrupted by his wife (Barber) just as he is about to seduce a beautiful, young woman who is applying for a job as a secretary (Manton)," press notes state. "As his botched efforts to conceal his actions spiral outrageously out of control, Orton ferociously skewers psychiatry, religion, marriage, morality, government and definitions of gender."

The production will feature set design by James Noone, costume design by Laurie Churba Kohn, lighting design by Ken Billington and John McKernon and sound design by John Gromada. Wigs and hair are by Carol F. Doran; casting is by Mark B. Simon, CSA; and the production stage manager is David S. Franklin.

WHAT THE BUTLER SAW “Weaves together strands of Wildean paradox, Jacobean plot twists and a Euripidean climax.”


—The New York Times
Don’t you love farce? It’s your typical boy-meets-girl story. Only the boy is a wily psychoanalyst married to a nymphomaniac. And the girl is his secretary…once she passes a not-so-routine physical. Mix in a little blackmail, a lot of sexual innuendo, a government inspector, a lusty bellboy and voilà!
This classic comic masterpiece has all the ingredients of a thoroughly enjoyable romp: manic action, twisting plotlines, mistaken identities, slamming doors, disappearing clothes, and, above all, Orton’s subversive wit, breakneck dialogue and outrageous lack of appropriateness.

—Dr. Prentice in What the Butler Saw
Decried as scandalous in 1969 for its character’s raging libidos and rampant mockery of morality, What the Butler Saw is a timeless tale of sex and repression in a culture gone mad (it takes place in a mental hospital, after all), never slowing down long enough to let you catch your breath from laughter.
CAST