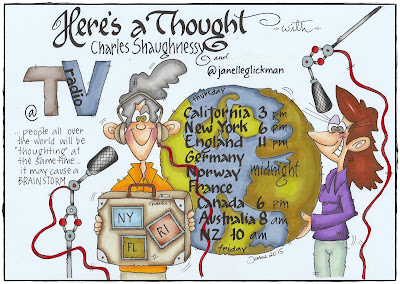 I am planning to re-cap the summer this week with photos and clips of all the shows and talk a bit about each, talk about what's coming up, my virtual ride for Robert F. Kennedy Children's Action Corp, how you can watch it LIVE on TradioV.com and donate to help me raise the rest of my pledge. 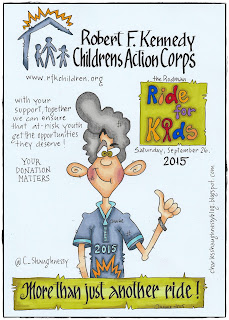 If there is time, also talk about what is in the news right now, on Thursday's first show. To that end, I wanted to 'throw' this THOUGHT out to you.

To me, there is nothing surprising or shocking about the irresistible rise of Donald Trump and Bernie Sanders. When push comes to shove, I have always believed that the American people, as a kind of collective energy, will do the "right thing." Whether it be in jury trials or elections, they will, in the end, rise above the  cacophony, shrug off personal bias and make a reasonable choice. We may not always like it, but it will be an understandable choice given the evidence and circumstances. For decades Americans have been warning their politicians that they were falling short: focused selfishly on re-election, obsessed with the money/fuel to get there, cowed by small but LOUD "interest groups" and either ignorant or disinterested in the issues that actually concerned the "man in the street." Well, that same "man in the street," on both sides of the political street, has finally found a way to deliver the message once and for all.

We are in the process of throwing out a dysfunctional political system. It is as profound and as revolutionary a process as the one that took place in 1776, but with less bloodshed. There will always be policy makers, bureaucrats, professional advisers to the President who will be responsible for the actual running of the government, gathering intelligence, steering the economy, managing The State, but the person in charge, the person with ultimate, decision-making responsibility could be someone who is making those decisions free of badgering special interest or personal ambition. It is almost like turning the clock back to the early days of this nation when politicians were made up of farmers, businessmen and lawyers who saw a civic duty to serve their country for awhile before returning to their real jobs. Trump or Sanders? Well, that depends on which vision, policy direction, future for this country you prefer. But I am excited that this is the choice we might have. It has been a long time a comin'.

July 18, 2013
Charles Shaughnessy on Twitter  @C_Shaughnessy "RIP Cory.  Until we treat alcoholism and other mental health problems as compassionately as we treat cancer, there will be other Corys." #RIPCory What are your thoughts? By Associated Press, Published: July 16 |   VANCOUVER, British Columbia — “Glee” actor Cory Monteith, who had struggled for years with substance abuse and once said he was lucky to be alive, died of an overdose of heroin and alcohol, the British Columbia coroner’s office said Tuesday. “There is no evidence to suggest Mr. Monteith’s death was anything other than a most tragic accident,” the office said in a statement. He was 31 years old.
27 comments
Read more

August 28, 2012
Grateful . . . . and  I do not have a photo this time because the object of my gratitude is too modest and camera shy and she would kill me if I were to put one up. The gratitude is, however, in no way mitigated by this lack of pictoral representation! Janelle not only instigated this amazing contest, she has tirelessly and expertly steered it forward until it has taken on a scale and relevance that none of us predicted. I am so grateful for her support and work in all things “ Charlie”, but this one takes the cake!! Thanks, Janelle, I am so grateful.…and now on to something you know is also dear to me heart…. . . . . Orthodoxy Hi y’all! Sorry it has been a while . . . The trouble with an orthodoxy is that you can’t argue with it. Orthodoxy is about “facts” that are unshakeable, unquestionable and absolutely and fundamentally true. The trouble with the truth is that it can change. The world was once flat. That was the accepted truth. Anyone who disputed it was either crazy,
88 comments
Read more

March 16, 2015
Thursday March 26th, 2015 3 pm PDT - 4 pm PDT on your computers, LIVE at tradiov.com Our special guest will be Charlie's friend, the very charming,  Jack Maxwell .   Jack is the Host of the extremely entertaining, funny and successful show on The Travel Channel,  The Booze Traveler !   We are thrilled to have Jack on the show to talk to us all about his new TV show. He just finished his first season of the show and has been picked up for a second season! Jack travels the globe to not only get a taste of a country’s alcohol, but to quench his curiosity about what people drink, why they drink it and the stories they tell when they do. At each stop, he connects with locals, immerses himself in regional activities, learns about the country’s unique relationship with liquor and sometimes even participates in the alcohol-making process. If you haven't seen the show, you must check it out the website for #BoozeTraveler or watch some of the  episodes online or on The Travel
45 comments
Read more