Because so many of you commented on this blog about what happened in Paris, we are keeping it for tomorrow's show, Thursday November 19, 2015.  Join Charlie for his final LIVE Here's a Thought with Charles Shaughnessy for 2015, before he goes on hiatus. You can call in to the show if you are watching it LIVE from 3 pm/pt to 4 pm/pt on 11.19.2015 at this phone number: (855) 878-4652 and give him your thoughts on recent world events. You can also leave comments & questions in the comments section here on the blog. 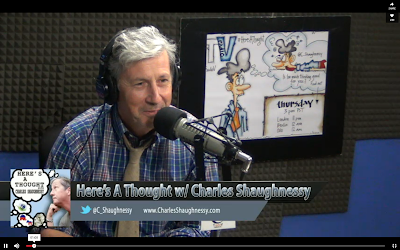 If you missed the show yesterday, here is the link to the ON DEMAND VIDEO of HERE'S A THOUGHT from 11.12.2015  If you want to watch it or comment on the show, please do so in the comments below.  You may notice that Charlie has commented some as well.

The next two political debates with the candidates running for President of the United States of America, are coming up this week.  I have questions for the candidates and I want to know what YOU would ask them, just as if this was a town hall meeting!

The result of the election in the US affects the entire world, so I want to know what those of you who live in other countries would ask them as well!

I am listing the debates, their times & the candidates.  Put your questions and who they are for in the comments section below and we will discuss them on the show on Thursday, so that those of you that are watching the video ON DEMAND, can have your questions out there too. 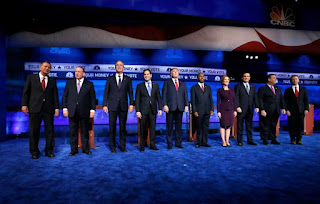 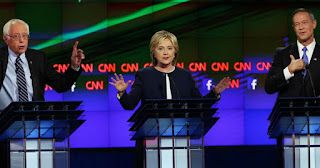 GET INVOLVED!!!
LET ME KNOW WHAT IS IMPORTANT TO YOU THIS ELECTION!!